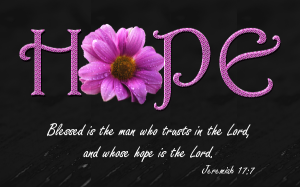 I stopped when I felt her hold me tighter.

As my eyes caught hers, I saw uncertainty rather than enthusiasm. Instead of fun, my little girl felt fear.

I tried several times to lift my baby girl off my hip and load her into a bucket swing. As a mom of six, I didn’t think twice about putting her in for a ride. In fact, I was excited about this day … her first time in a swing!

But her thoughts unraveled into my heart as I realized, though I knew exactly what would happen next, she didn’t.

She didn’t know a lot of things, but she knew me. And it seems even at such a young age, that changed everything for her.

I recently sat in a room full of women as we tackled the question, “What are you missing because of fear?”

As I considered this question, my thoughts drifted to summers with my large family. Just about every Fourth of July we go to the lake. And every Fourth of July, tons of little McCown kids catapult themselves off the boathouse and into the cove below.

It’s a family tradition … passed down from my husband, Luke, and his siblings to their children. Quite honestly, I could do without it, but who can argue with tradition?

A ladder points the way up to the roof of the boathouse. Once perched on top there’s no telling what the kids will come up with.

One year, as we watched Elijah’s fear grow and faith in himself fail, Luke climbed that ladder, too. He sat down on the roof next to his son. He talked to him and walked to the edge with him. He stayed with him as long as it took. And eventually Luke’s confidence in his boy sent him over the edge. Splash!

Elijah’s face rose out of the water with an ear-to-ear grin. “I did it!” he screamed. And as soon as his feet hit the deck he ran right back up the ladder to do it again.

Have you ever stood at the edge of a leap of faith?

I’ve been stuck on the roof many times. But with each peek over the edge I’ve learned when I shift my gaze from what I face to the One who stands beside me, I gain the confidence to try.

I may not know where God’s taking me. I may not know what happens next. I may question whether or not I’ll be safe. But as our key verse says, I can count on the One who sends me, “But blessed is the one who trusts in the LORD, whose confidence is in him” (Jeremiah 17:7).

If you’re standing at the edge today looking at cloudy waters below, turn your head. Your Heavenly Father is right beside you. You may not know a lot of things, but if you know Him, that changes everything.

Just like Elijah, my daughter didn’t let fear keep her from anything either. Little by little she relaxed. One swing at a time she settled in and began to enjoy the ride.

Today, we went back to that same swing again. This time she beat me there. She wiped out the dirt from the bottom and begged me to help her up. With a smile and giggle she rocked back and forth shouting, “Push me, Mama. I want to go higher!”

Thank you Katy McCown and Encouragement for Today for this message.

I am a wife, a mom or mommy as my daughter prefers to call me, a daughter, blogger and CEO. I am traveling this road called life with its twists and turns, bumps in the road and dead ends. With God's help, I start each day with a positive outlook, seeking his guidance believing that all things are possible. Have a blessed day! View all posts by Hope Wissel