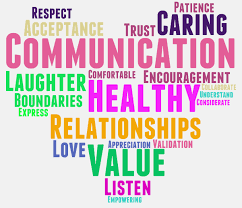 Since God chose you to be the holy people he loves, you must clothe yourselves with tenderhearted mercy, kindness, humility, gentleness, and patience. Make allowance for each other’s faults and forgive anyone who offends you. Remember, the Lord forgave you, so you must forgive others. Above all, clothe yourselves with love, which binds us all together in perfect harmony – Colossians 3:12-14, NLT

I expected my usually happy teenage daughter to bounce into my office singing VBS songs from her morning spent serving at church. Instead, her sullen face conveyed another story. She was battling feelings of betrayal, insecurity, and jealousy after receiving a message from a friend about something that was happening in a completely different place. 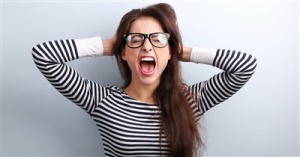 Let’s just say this mama llama wanted to spew more than a few unpleasantries about social media and towards the adult involved behind the scenes. Yet I could feel God urging me to not be so easily offended. I’d been down this road enough times before to recognize what was happening.

Satan was busy writing the story in my head according to his own agenda.

The Holy Spirit prompted me to take hold of my thought life before doing or saying something I might regret. While I’ve been practicing taking my thoughts captive (2 Corinthians 10:5) and asking God to align them with His truth (Romans 12:2) for the last decade, I’ve come to see that I have a harder time doing this when a relationship is at stake. It’s hard to find your voice when you’re already wounded and fear more rejection. Yet, avoiding conflict never leads to relationship restoration.

So I skipped the easy-out texting approach and took the risk with an old-fashioned phone call. I put into action the best communication tactics anytime conflict is brewing. I prayed for God to speak through me and asked the open-ended questions I’ve been trained to use as a life coach. It worked! As I listened and affirmed my commitment to our friendship, her voice softened. Her defenses dropped. And the truth rose beautifully out of it all.

Turns out that there was no reason to be offended. There was no intention to hurt my girl or betray us. There was no ill will. There was a perfectly good explanation that social media failed to capture. I should have known!

Satan is the King of Drama ready to destroy every relationship God created for His glory and kingdom purposes.

Maybe that’s why Paul urges the Colossians and us to clothe ourselves with tenderhearted mercy, kindness, humility, gentleness and patience, making allowance for each other’s faults. Yes, it’s always beneficial when we choose to seek forgiveness and extend it. It’s God honoring when we put on love in the pursuit of unity.

When we live according to God’s design, we get to experience a whole lot less drama, along with the blessings that come from real-time relationships restored by His love and extravagant grace.

Have a blessed day! 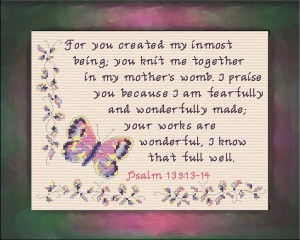 If there’s one thing I know it’s this: The measuring stick will get you stuck! Comparison is the devil’s tool that has stopped many of us gals from stepping into our God-given destinies…and it’s time to stop!

You know I’ve been camping out with Moses by the burning bush for over a year while writing Take Hold of the Faith You Long For. When we meet up with him in Exodus chapter 3, he is an insecure, stuttering recluse. He argued with God and told Him that he was not a good speaker.

So what happened? Moses failed and bailed and ran away to Midian. Thought he deserved to be there. Got stuck there. He forgot his pre-ordained preparation and his God-given ability.

Oh, I wish I was sitting right there with you and we could just chat and throw around ideas. For now, I’ll just ask you this question and maybe one day we’ll sit and have a long talk.

It’s the same way with you and me. Comparison opens the door for sabotaging lies to steal our confidence, stymie our courage, and stand in the way of our contentment. Comparison puts up roadblocks along the path to fulfilling our God-given calling by setting an undefined standard of approval and acceptance.

We fear the REJECT stamp will come crashing down with wet ink that mars all of life. We fear that we are perhaps fatally flawed as confidence seeps through the holes of insecurity punctured and punctuated by comparison.

We compare our abilities to someone else’s and come to this conclusion: I could never do it like she does it. And you know what? You were never meant to! God doesn’t need two people just alike. He has uniquely and precisely created you with specific gifts and talents to do exactly what He has called you to do. So get good at being you!

David wrote: “For you created my inmost being; you knit me together in my mother’s womb. I praise you because I am fearfully and wonderfully made; your works are wonderful, I know that full well” (Ps. 139:13-14 emphasis added).

He knew what full well? In these particular verses, David wasn’t praising God for the way He flung the stars in the night sky, set the spinning earth on its axis, or stocked the oceans with sea creatures of every kind. David was marveling at the magnificent masterpiece called David. Me. You. He knew that full well.

You are God’s workmanship. His masterpiece—His grand finale of all creation. Do you know that full well? You are amazing!

Paul wrote to the Galatians, “Make a careful exploration of who you are and the work you have been given, and then sink yourself into that. Don’t be impressed with yourself. Don’t compare yourself with others. Each of you must take responsibility for doing the creative best you can with your own life” (Gal. 6:4–5, MSG).

Listen; if God didn’t put it in you, then you don’t need it to do what He has called you to do.

If God didn’t make you eloquent, then you don’t need to be eloquent to do what He’s prepared for you to do.

One pastor said: “One of the main reasons we struggle with insecurity is that we’re comparing our behind-the-scenes with everybody else’s highlight reel.” I promise to show you the film on the cutting room floor. See, I cut them out, but God picked them back up, brushed them off, and inserted them back into the reel. “These are some of my favorites,” He explained. “The scenes you would rather no one see are the very ones that will help women see Me.”

God knows your inadequacies and your insecurities. He knows what caused them and who caused them. He saw you before you even had them. Yet He chose you before you were born for a purpose—to fulfill a plan in a predetermined point in time (Acts 17:26).

So let’s let go of comparison and take hold of our God-given uniqueness!